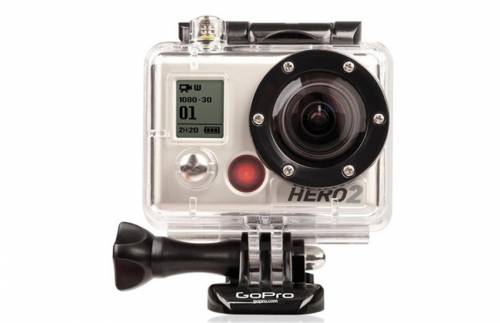 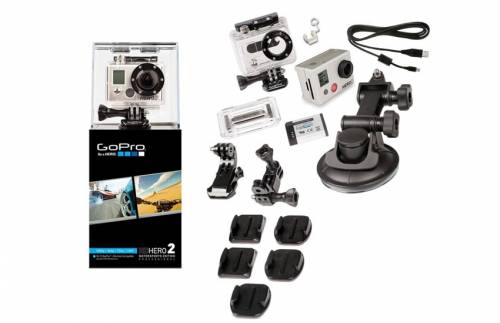 GoPro has launched the HD Hero2, an updated version of its sports video camera. The latest version features an 11MP sensor (up from 5MP) and can now shoot 1080p30 video at a choice of 170deg, 127deg or 90deg angles-of-view (the original Hero could only shoot 1080 at 127deg or lower resolutions at 170deg). The redesigned lens is claimed to be twice as sharp as its predecessor. It also gains an external mic port and Mini HDMI socket. The company has also launched the WiFi BacPac accessory allowing live streaming from the camera from the Hero2. It can also be used to control either HD Hero via the included remote or using an App on a smartphone or tablet.

Arguably the most versatile camera in the world thanks to its innovative mounting system, renowned durability and small form factor, the HD HERO2 surpasses its predecessor with several technology upgrades. The HD HERO2′s new processor delivers twice the processing power, taking full advantage of a new high performance 11 megapixel sensor that delivers more than twice the image detail along with professional low light performance. A totally redesigned wide-angle lens was required to take full advantage of the HD HERO2′s increased image-processing, resulting in a lens that’s twice as sharp as the previous model. And with the arrival of GoPro’s new Wi-Fi BacPac™ and Wi-Fi Remote products slated for release this winter, the HD HERO2 will enable video remote control via the Wi-Fi Remote, smartphones and devices, tablets and computers as well as enabling live GoPro video broadcast from anywhere there is Wi-Fi or a mobile hotspot.

Famous for its globally best-selling HD HERO line of wearable and gear mountable cameras, GoPro spared no expense developing the HD HERO2.
“GoPro created a new category of camera with the HD HERO back in 2009, and it’s gone on to become one of the best selling video cameras in the world,” says Nicholas Woodman, GoPro’s founder and CEO. “With these big shoes to fill, we invested massively in engineering the HD HERO2 to be one of the greatest, most versatile cameras of all time. We think we’ve achieved our goal and we’re very excited to see the content our customers around the world capture and share with their powerful new GoPros.”