Enter your email address to stay informed with latest informations about our products and services. 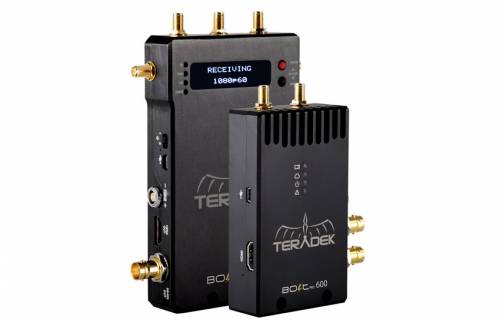 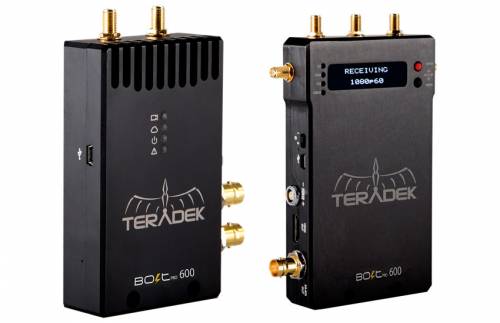 The Teradek Bolt is a zero delay (< 1ms) wireless video system that transmits uncompressed 1080p60, 4:2:2 video up to 2000ft over the unlicensed 5GHz band. All Bolt models are multicast capable up to 4 receivers, support timecode and metadata pass through, and include the USB 3.0 GRAB Engine.

The Bolt Pro 300 offers up to 300ft of zero latency wireless video, perfect for focus pullers and director’s monitors. The 300 model comes in HDMI, 3G-SDI, and dual I/O varieties and includes a new fan-less receiver design with internal antennas. Like all Bolt models, the 300 also includes the new USB 3.0 GRAB Engine.

The Bolt Pro 600 offers all of the same great features of the 300 model, in addition to an OLED screen for quick RX pairing, manual frequency selection, external antennas, and a transmission range of up to 600ft line of sight. Bolt Pro 600 comes in HDMI, 3G-SDI, and dual I/O models.

The Bolt Pro 2000 increases the line of sight range all the way up to 2000ft and also comes in HDMI, 3G-SDI and dual I/O models. The 2000 model includes every feature found on the Bolt Pro 600 and can be outfitted with high gain antennas for increased range and resiliency.

Capture cards are a thing of the past with Teradek’s new GRAB Engine. Every Bolt RX includes a USB 3.0 output that allows you to ingest Bolt’s uncompressed video feed directly into a computer or DIT cart with no added delay.

All Bolt models support real-time format conversion from TX to RX, allowing you to automatically cross convert from HDMI to 3G-SDI (or vice versa) without any extra hardware. Each model also outputs a test pattern when the video signal is lost and both the 600 and 2000 models support quick RX pairing via the OLED screen and manual frequency selection.